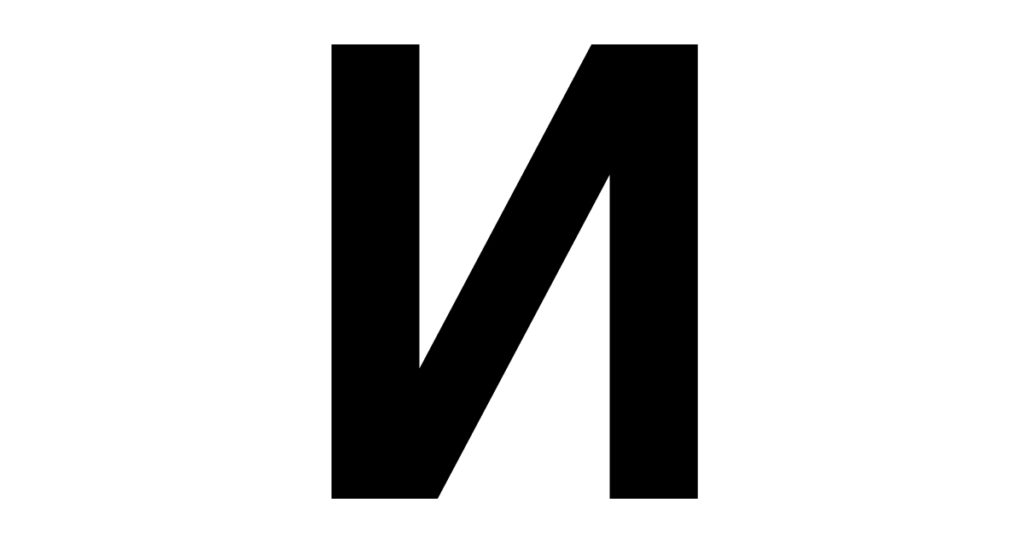 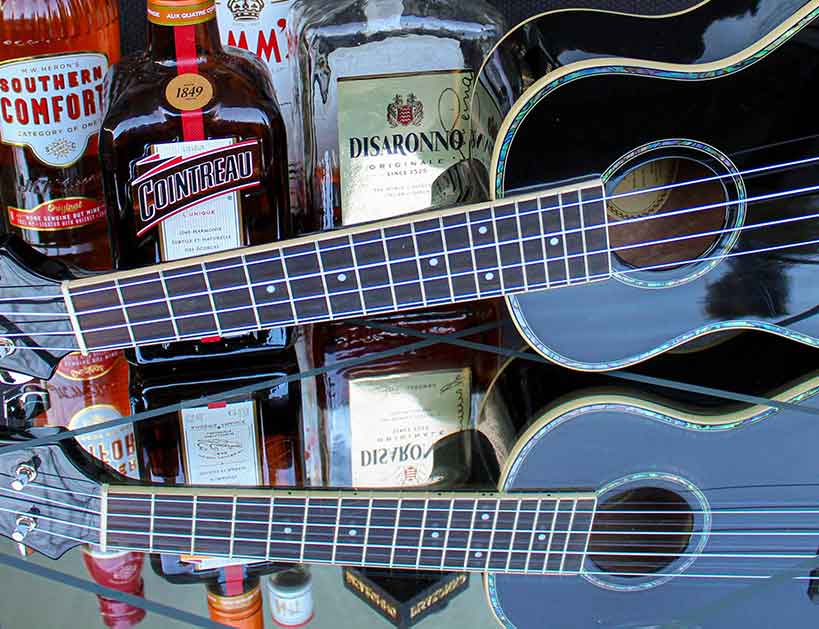 You may, perhaps, not yet be an admirer of country music. But, if you like music in general you should listen to these 20 songs, because they are great music apart from any genre.
Get into the spotify playlist and start off your weekend with a cold one and country sounds!

There’s a tight connection between country music and the alcohol industry. About 25% of all songs of the genre are in some way about drinking. Many artists even have their own liquor brand, just to name a few examples: Blake Shelton, George Strait, Jake Owen, Toby Keith, Willie Nelson, Kenny Chesney, Miranda Lambert and Zac Brown.

The curated playlist: Trust me

Of course, you can find many lists of country drinking songs on the internet. Yet this list is the one you will enjoy the most, trust me! I’ve analyzed no less than 400 drinking themed country songs and these are the very best among them. I am totally sure about that. Nevertheless I probably could recommend at least 15 more songs that are pretty good too. 😉

So let’s get this party started with country music’s 20 best drinking songs of all time.

Here’s the full playlist on spotify:

Just two instruments, a guitar and a voice. I admire the poetry in the song and the melody. You cannot possibly add any more dramatic value to an authentic piece of music. That’s why “There’s a Tear In My Beer” is my No. 1. It’s probably not the first song you should play from the list though, it’s a bit sad.
This song wasn’t released until 1989. Hank Williams recorded it in 1951, but he refused to publish it. Modern recording technology enabled Hank Williams Jr. in 1988 to re-record the song as a duet with his father. In my opinion, you’re just fine with the original version.

Patsy Cline is one of my favourite singers of all time! Her voice is pure gold and she’s an exceptional singer.
Sadly, Patsy Cline died in 1963 in a plane crash at the peak of her career. She was only 30 years old. In 1973 she became the first female artist to be inducted into the Country Music Hall of Fame – the highest recognition in country music.

As clean as honky tonk can be! You feel tired? Don’t! This song will move you off your bar stool. Hank Thompson scored 29 Top Ten hits between 1948 and 1974. He contributed a big part to the development of the genre. Thompson is known for his combination of western swing and honky-tonk.

Here’s one of the greatest country songs of all time! Co-written by Loretta Lynn and her sister Peggy Sue. ”Don’t Come Home A-Drinkin” was the first of total 16 No. 1 country hits in Lynn’s career. Plus, it was the first No. 1 hit written and performed by a woman at all. I have listened to this song about a thousand times and it still leaves me breathless every time. The voice, the piano, the guitar – what a powerful composition!

As romantic as it can get! I can’t resist to sing along with this wonderful refrain. Also, singers like George Jones are proof that men have feelings too.
George Jones (1931 – 2013) was married four times, his third marriage was with Tammy Wynette. Marital disputes between the two were often fought in public. George Jones was an ambitious drinker and cocaine addict for many years.

There are many cover versions of this song, it’s an all time classic. It was originally written by J.D. “Jay” Miller and recorded by Kitty Wells in 1952. The song itself and the content caused a controversy in the male-dominated genre of country music. Later it paved the way for female artists like Dolly Parton, Tammy Wynette and Loretta Lynn, who pay grand tribute to Kitty Wells in this 1993 version.

Stonewall Jackson grew up in a poor family. His father died when he was only two years old. In his childhood he had to work on his uncle’s farm. He got his first guitar in exchange for an old bicycle and he taught himself the first chords.  From 1950 to 1954 Jackson served in the Navy, where he played his first concerts. After being discharged from the Navy he moved to Nashville, with some songs and a few dollars in his pocket. He now lives on a farm in Brentwood, Tennessee.

2:48 minutes of pure energy fueled by alcohol! This one was originally recorded by Johnny Horton in 1956. Dwight Yoakam released this cover version as his debut single in 1986. I definitely prefer the Dwight Yoakam version to the original, he literally energized the song.

I read that Hank Williams Jr. wrote this song in just 10 minutes. Anyway, what better thing can you do on earth than get drunk and hear country sounds? Hank Williams Jr. clearly has a guilty conscience about his woman at home. His family background and all the references to other country songs may help him to keep on leading his live as a ramblin’ man.

I just recognized that this is the only song on the list about happy lovers. There seems to be pure harmony. No pain in sight. The narrator holds his baby and “There’s no hurry, no worry, things are goin’ my way”. Wishing this to everyone!

Another drinking man with a broken heart. In this case, the self-medication with alcohol just doesn’t work anymore. However, in his real life Merle Haggard used drugs like cocaine, cigarettes and marijuana. He died on April 6, 2016, on his 79th birthday.

As a singer, songwriter, guitarist and fiddler Merle Haggard was one of the most influential musicians in country music.

This seems to be a true story straight out of an alcoholics day to day life. Country music legend George Jones (1931 – 2013) is considered one of best vocalist of all time. He recorded a ton of songs about drinking and many of them are great. He absolutely deserves to be represented in this list with two titles.

The youngest and the oldest song on this list at the same time. The “Gambling Bar Room Blues” was first written and recorded by Jimmy Rodgers in 1932. The lyrics are an example of great storytelling in music. The Nashville Bluegrass Band’s cover from 2004 is an excellent recording. I love to hear those guitar strings.

“I have never seen the inside of a barroom or listen to a jukebox all night long”.

A wife announces to her husband that she’s going on a journey to the wilder side of life. Girl power!
The song reached Nr. 3 on the Country Singles Billboard charts, it was Tammy Wynette’s first top ten single.

Here’s the most antique original song of my top twenty. And it’s probably the most unconventional too. What I like the most about it is how Tex Ritter uses his voice as an instrument in so many ways. I’d love to know if he really was drunk when recording “Rye Whiskey”. I strongly guess so!

A woman leaves her man who “holds the bottle more than her”. She writes a note, wishing him many happy hangovers for the rest of his life. I’m sure this is the right decision.

(I’m sorry, that this is not original album cover in the link. It’s the best version of the song I could find on Spotify.)

The Queen of rockabilly! I am so happy I had the chance to see Wanda Jackson live & in person at Les Docks in Lausanne (Switzerland) in 2011. She is now 82 years old. Although she announced her retirement from stage she is currently working on a new album.

Let’s have some fun! To “Chug-A-Lug” means to drink very fast either in one sip or in continuous gulps. The song refers to an actual drinking game you can play with your friends: You fill a large container with beer and play this song by Roger Miller. Each person chugs as much as possible. The container needs to be empty before the end of the song. You have 1:59 minutes left!

The narrator moved out to Los Angeles with big plans. But things aren’t really working out so far. His/her lover moved out and she/he finds herself alone, 1600 miles away from home.
Emmylou Harris is a living legend. Her career started over 50 years ago and still continous.  Until the present day she won 14 Grammys.

Do you get along better or worse with others when you’re drunk? For Tom T. Hall the answer is clear: “I like beer, it makes me a jolly good fellow.”

This song is written to motivate you to keep on drinking. Don’t think about tomorrow.

We use cookies to ensure that we give you the best experience on our website. If you continue to use this site we will assume that you are happy with it.OkPrivacy policy